This post will end the late review of Europe VMworld 2011, it was shot but awesome !!! 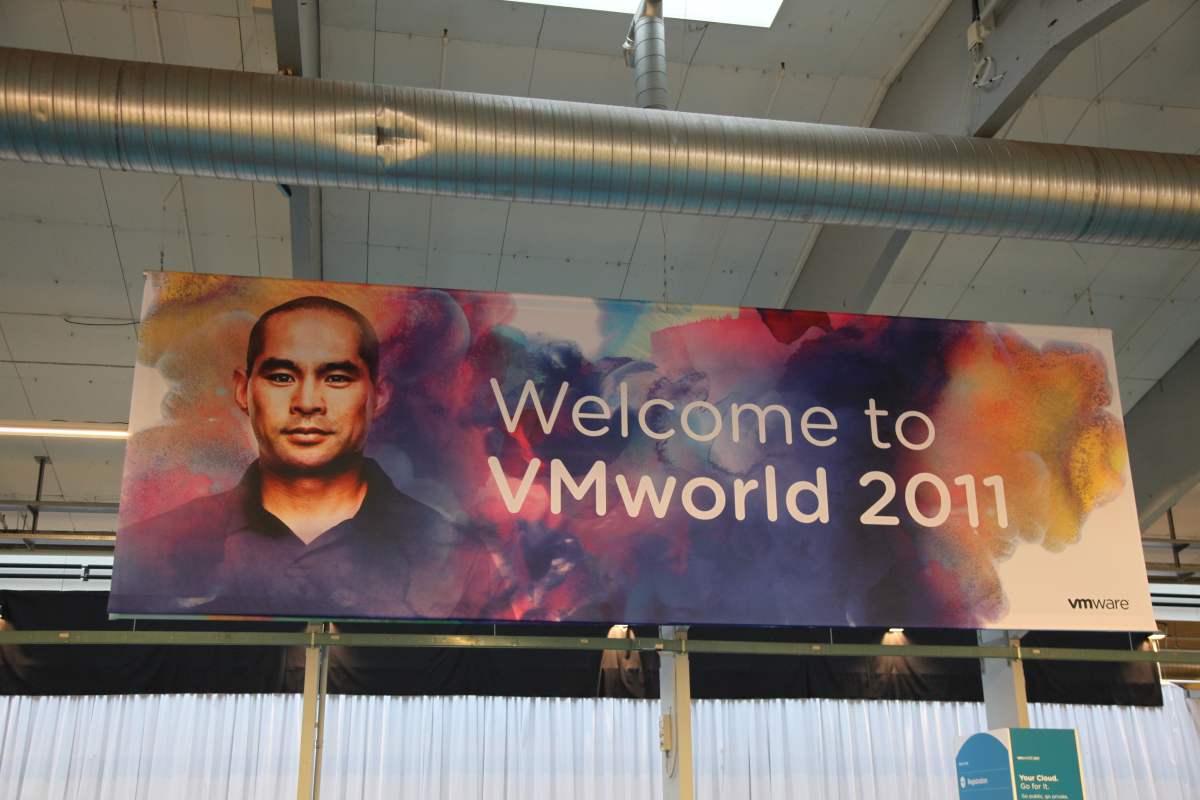 This was the first VMworld we were doing IRL (other than OnLine sessions) and it really makes you want to go back, we met famous people (despite having missed Alan Renouff), we puts heads on nicknames, it was awesome ^ ^ Here are the posts dealing with sessions that we were most interested in:

Beside the sessions which most of them were excellent, we could also enjoy things like: 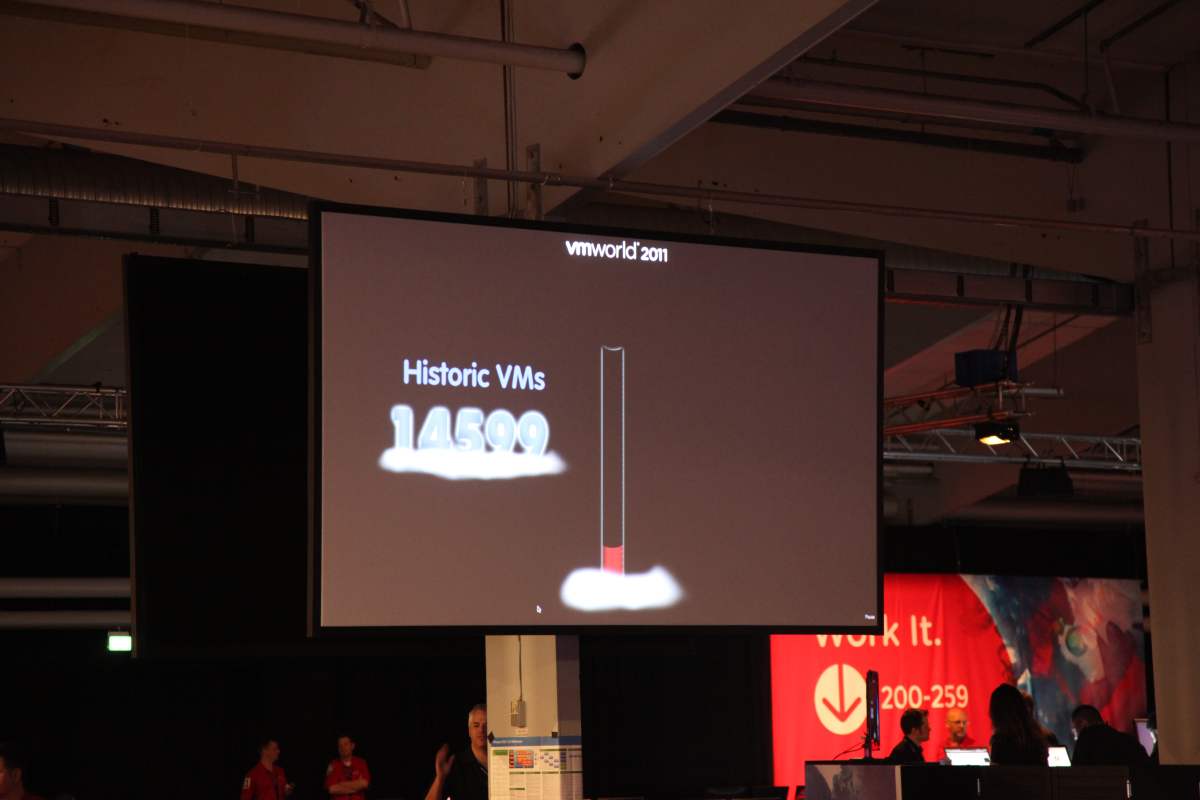 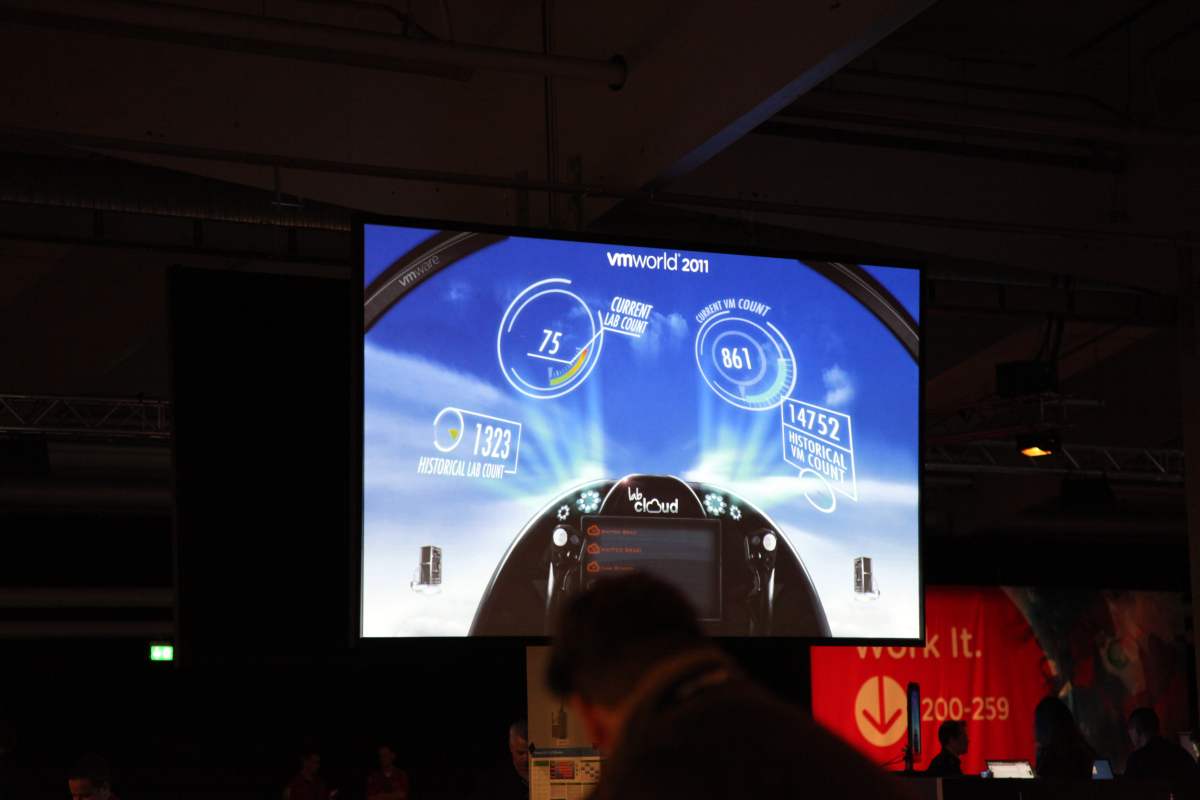 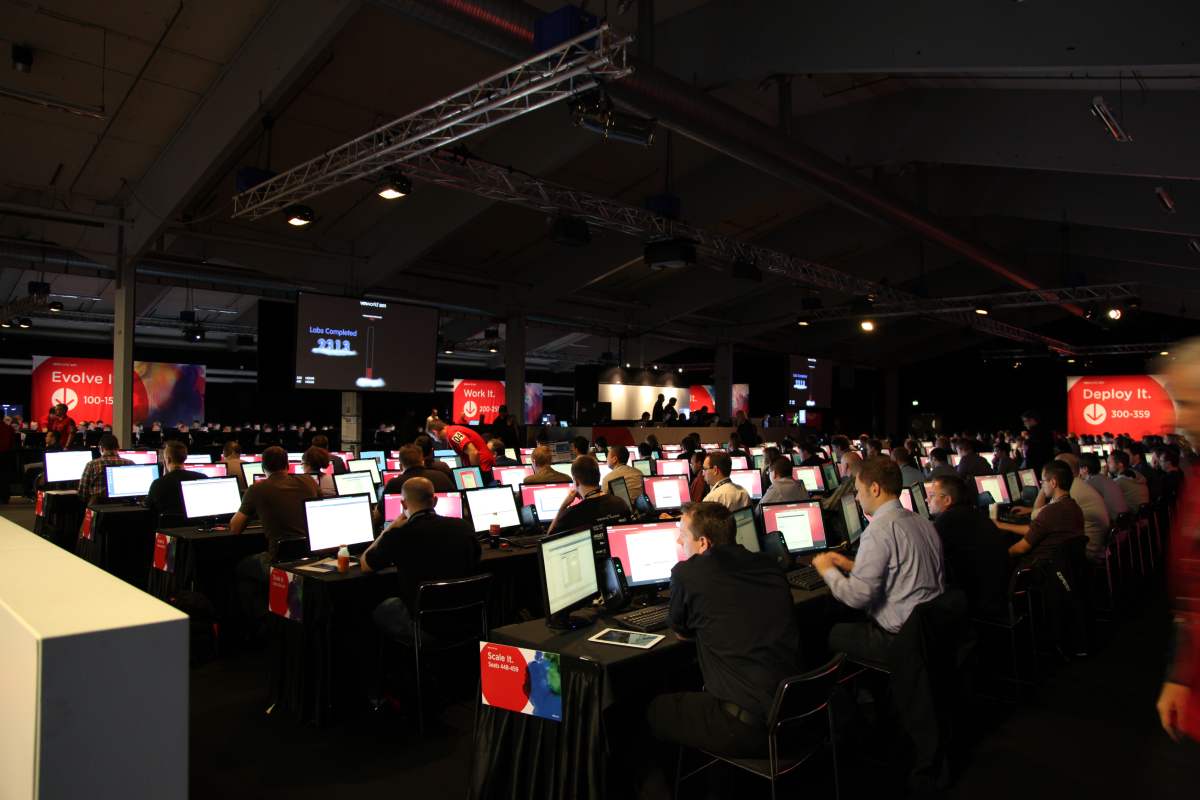 These labs are nice for testing products that we are not used to or which are not yet out (also with a few manufacturers Labs from Cisco / NetApp / EMC).

Technically, vCloud Director acts as a orchestrator chief for all Labs, which every one was a vApp that host nested ESX servers with vCenter and other needed VM.

And honestly the render is really nice, not to mention that this entire platform is storage hosted on our favorite girafon: Nexenta (which bring happyness for hypervisor)!

As we can learn from the article Nexenta to Help Run VMworld Europe ‘Hands on Lab’ Using Industry-Standard Hardware), there were pic load with 154,000 IOps and troupoutre of 1,300MB/sec on single NFS controller! About hardware that hosted it, this was:

We also have seen the interface Aura with a real-time tracking performance of the appliance, and honestly, it rocks :

During the VMworld, we had the chance with JBrison to meet the Monster VM.

We had of course to capture this moment with some pictures (and also win a tshirt ^^) : 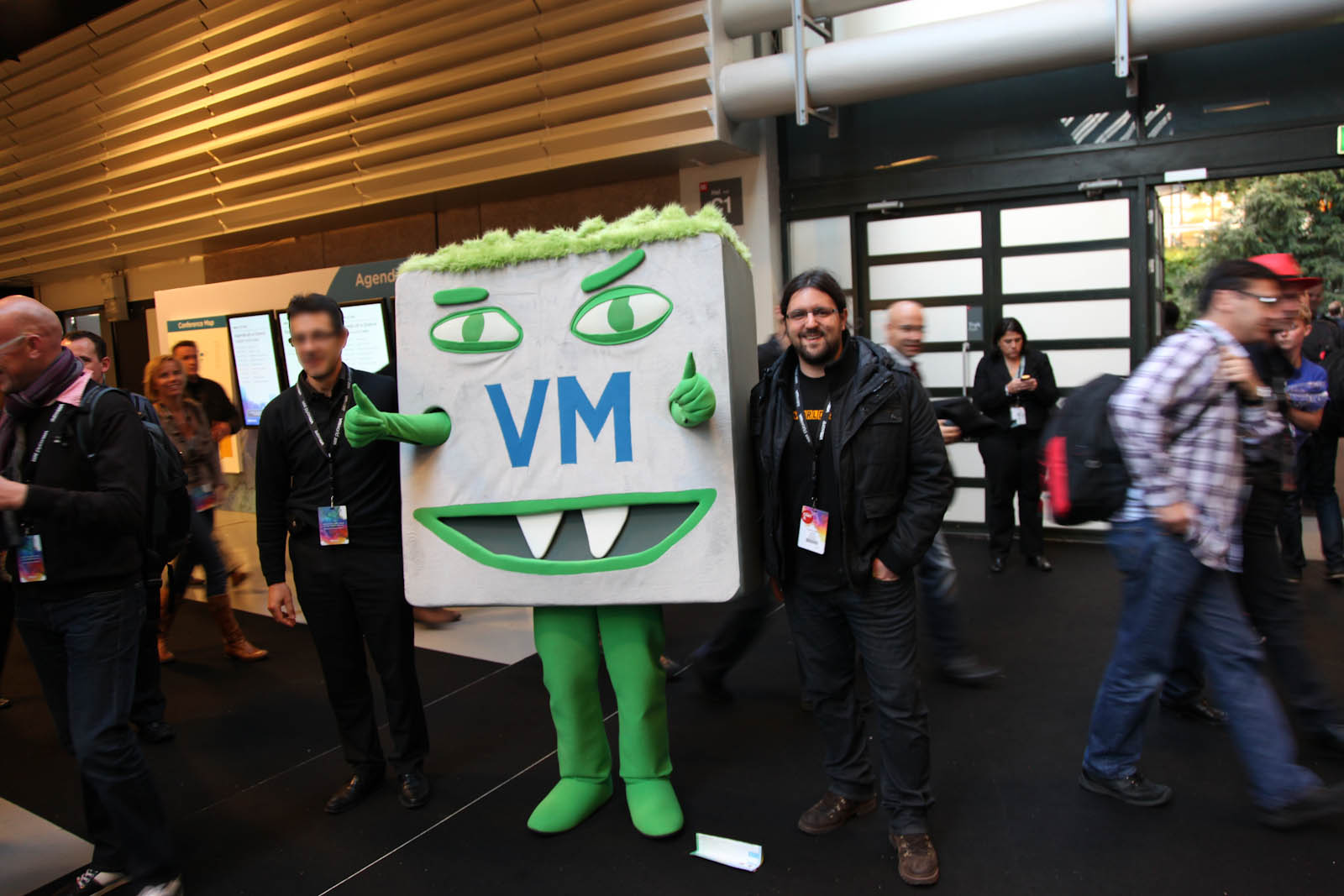 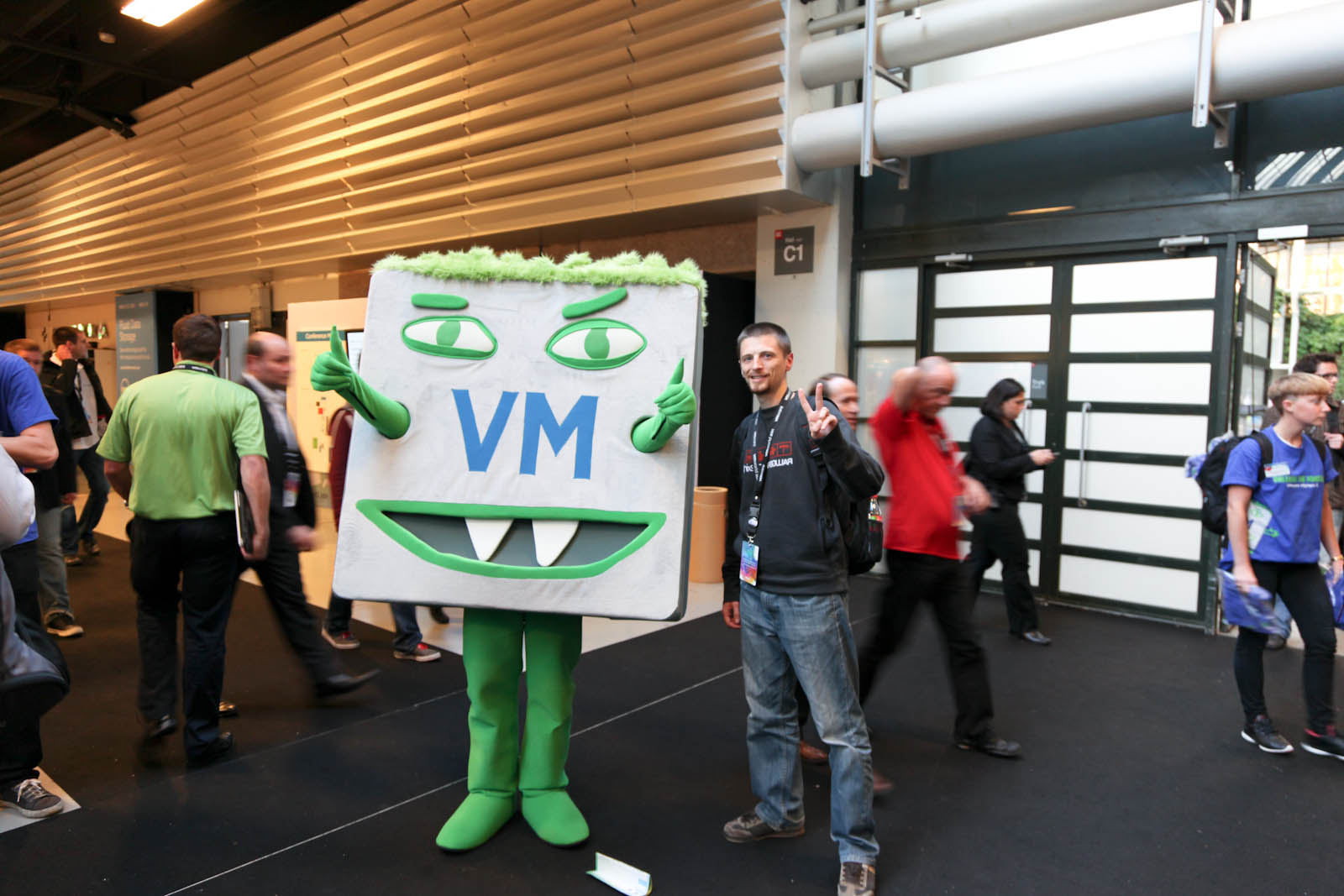 As we chat with JBrison, he told us he’ll join french vExpert interview with JohnTroyer. We enjoy this to look around and take some shoot of the event in order to capture the moment  ^^ You can review the interview video here, and here’s some photo we’re able to take : 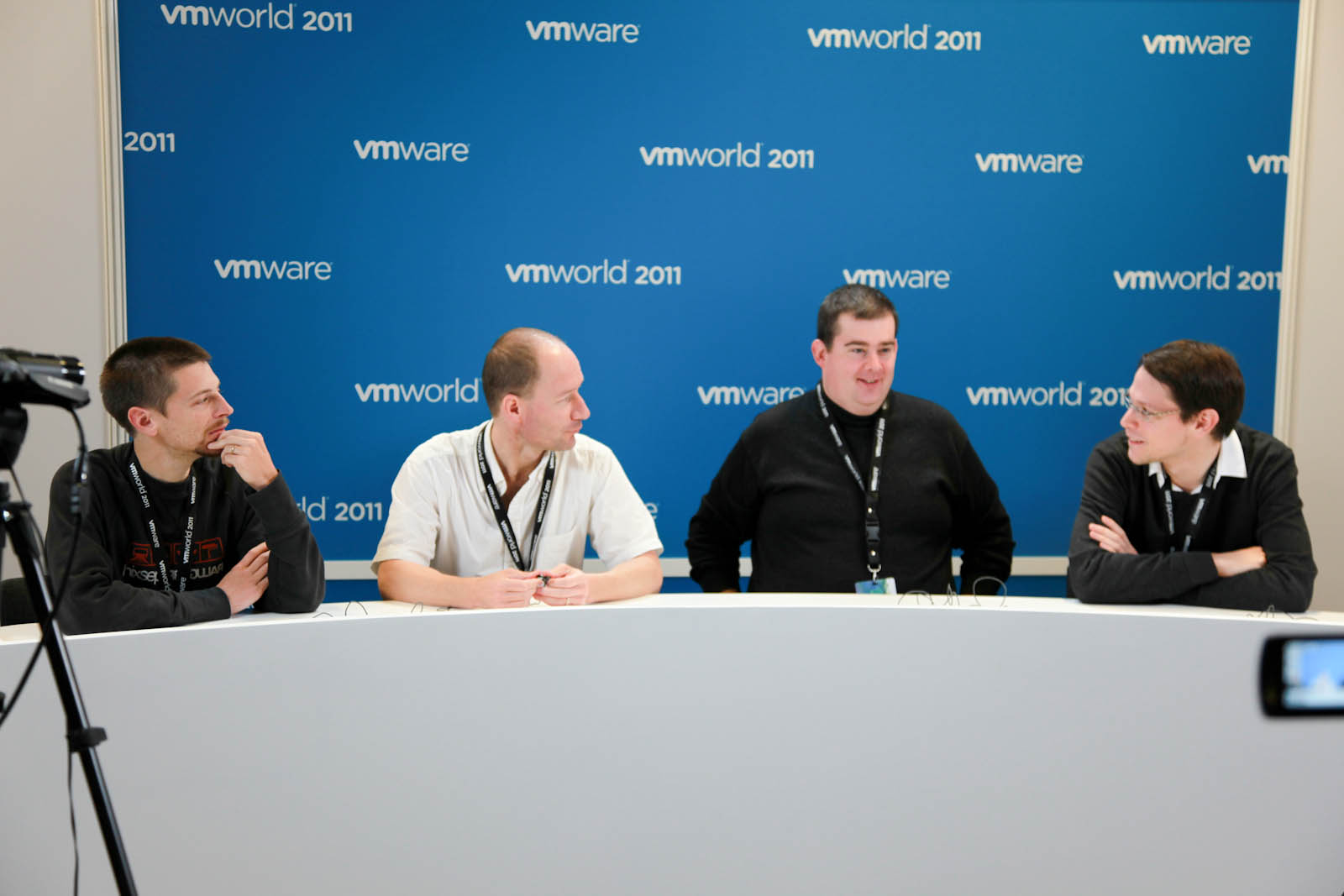 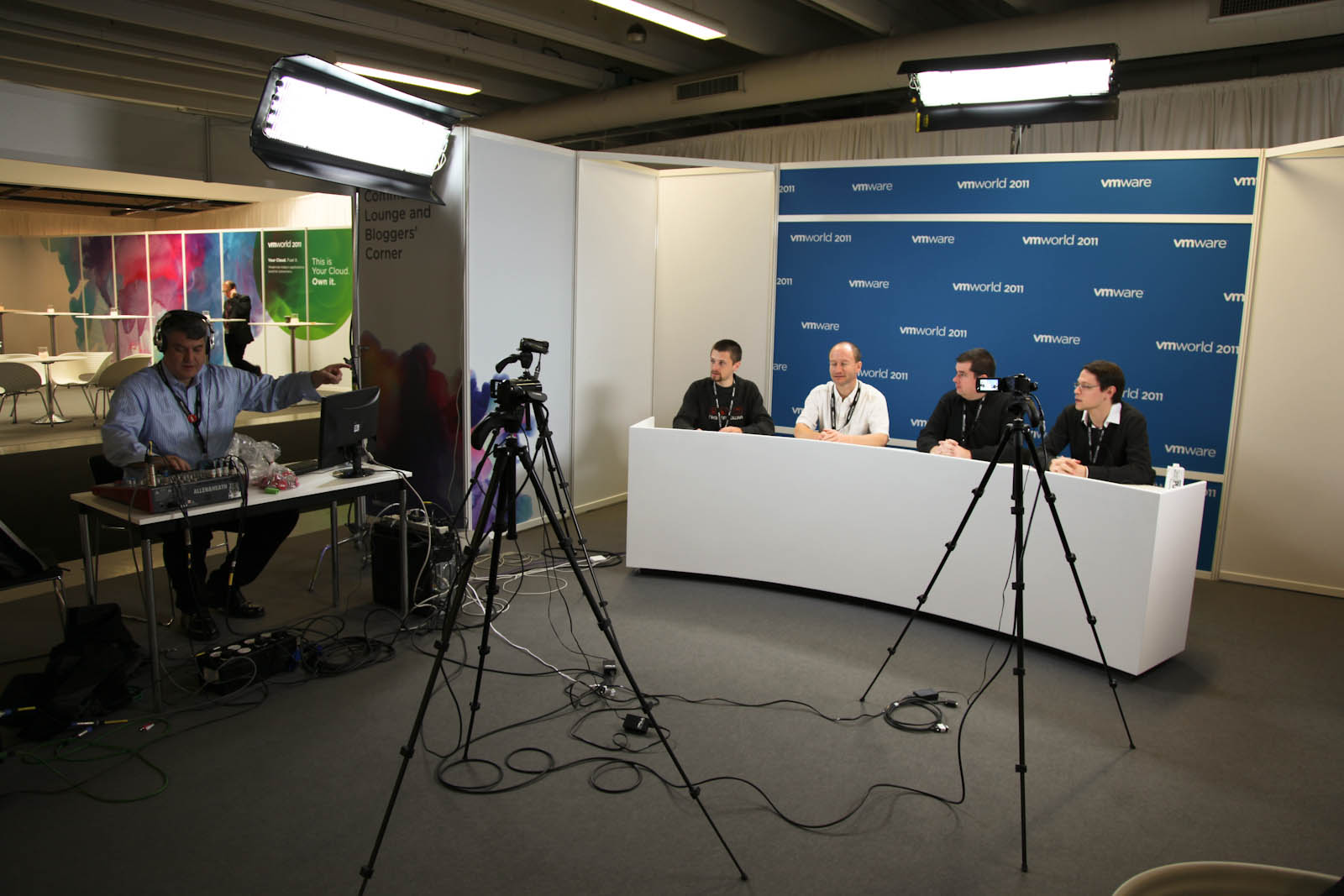 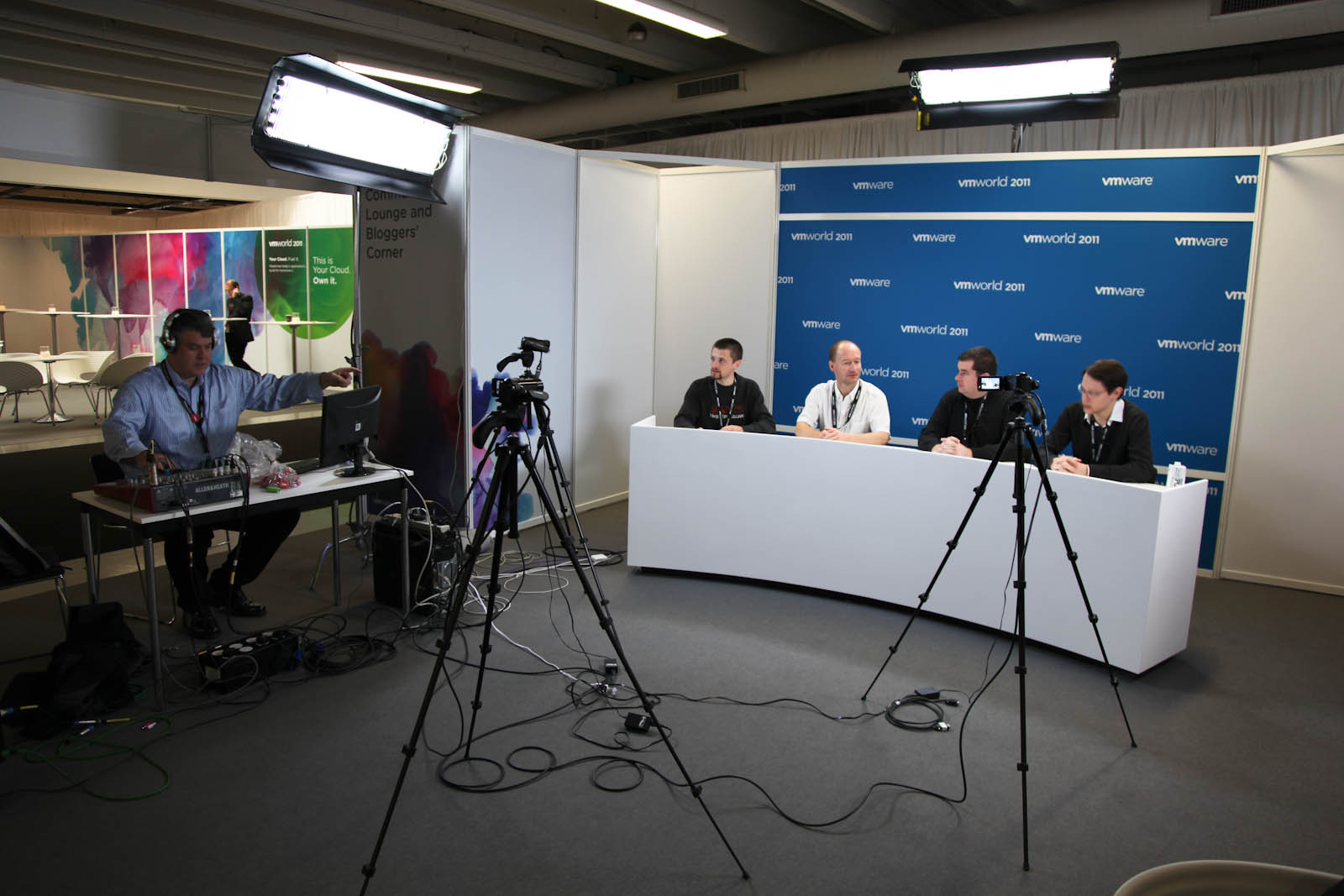 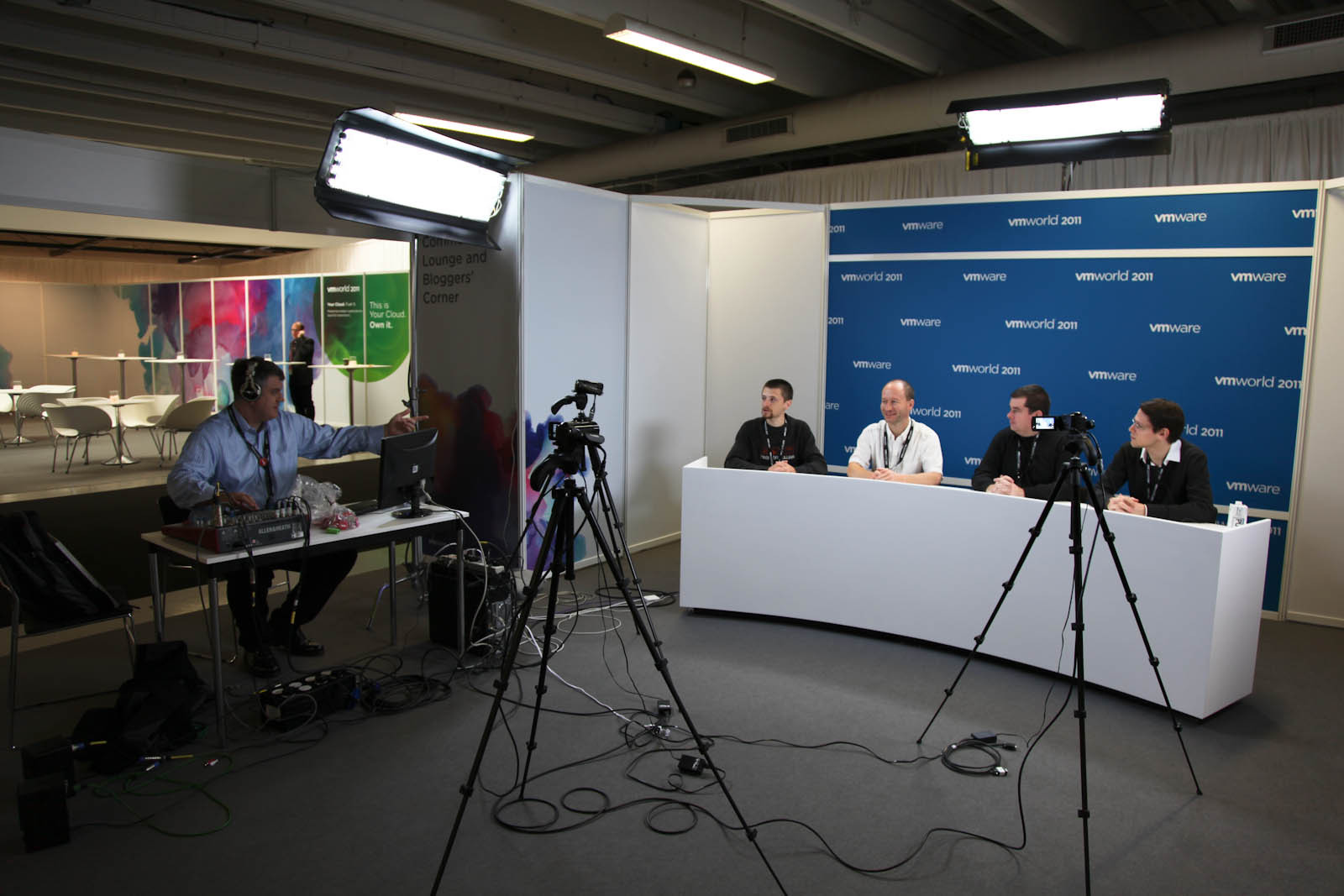 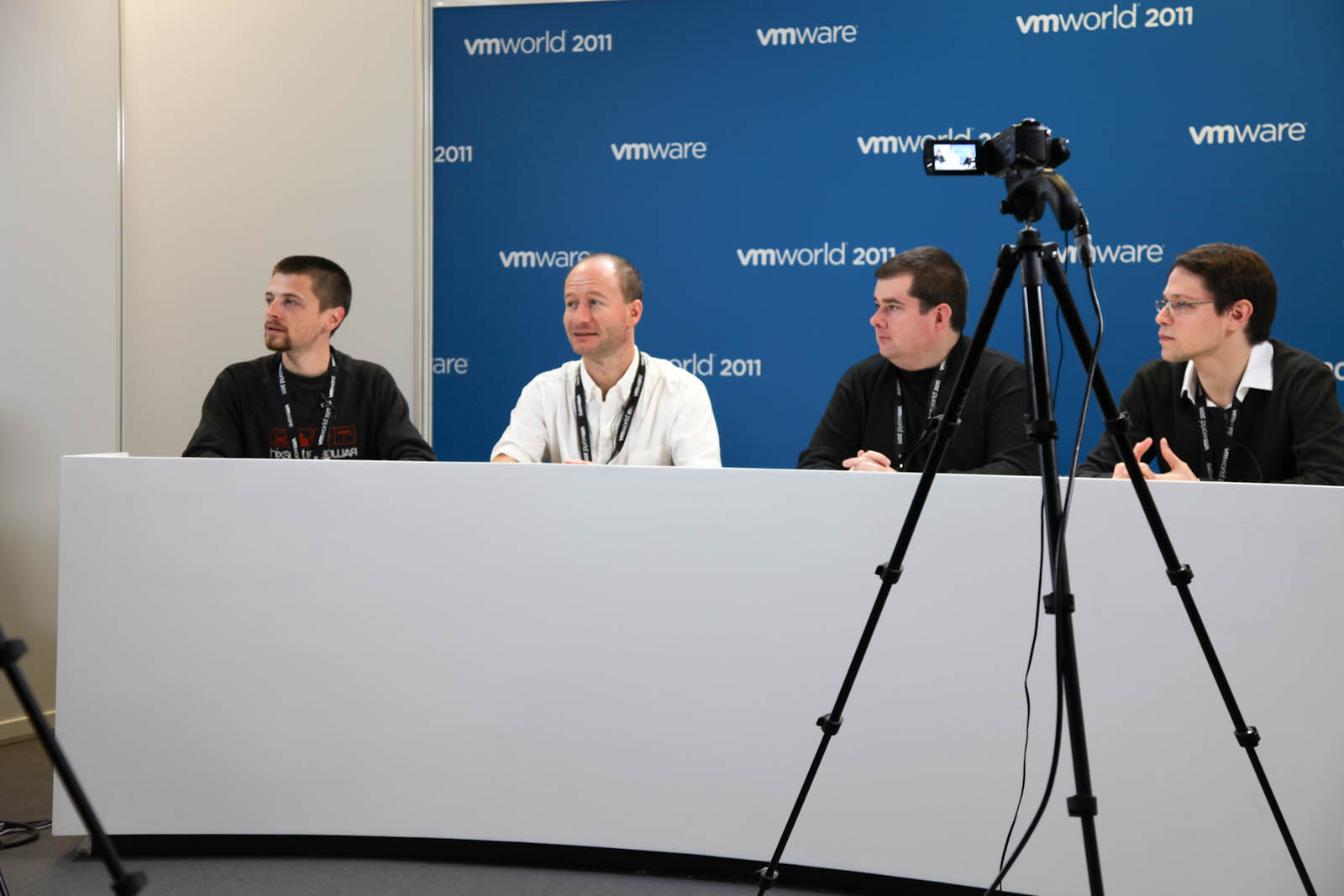 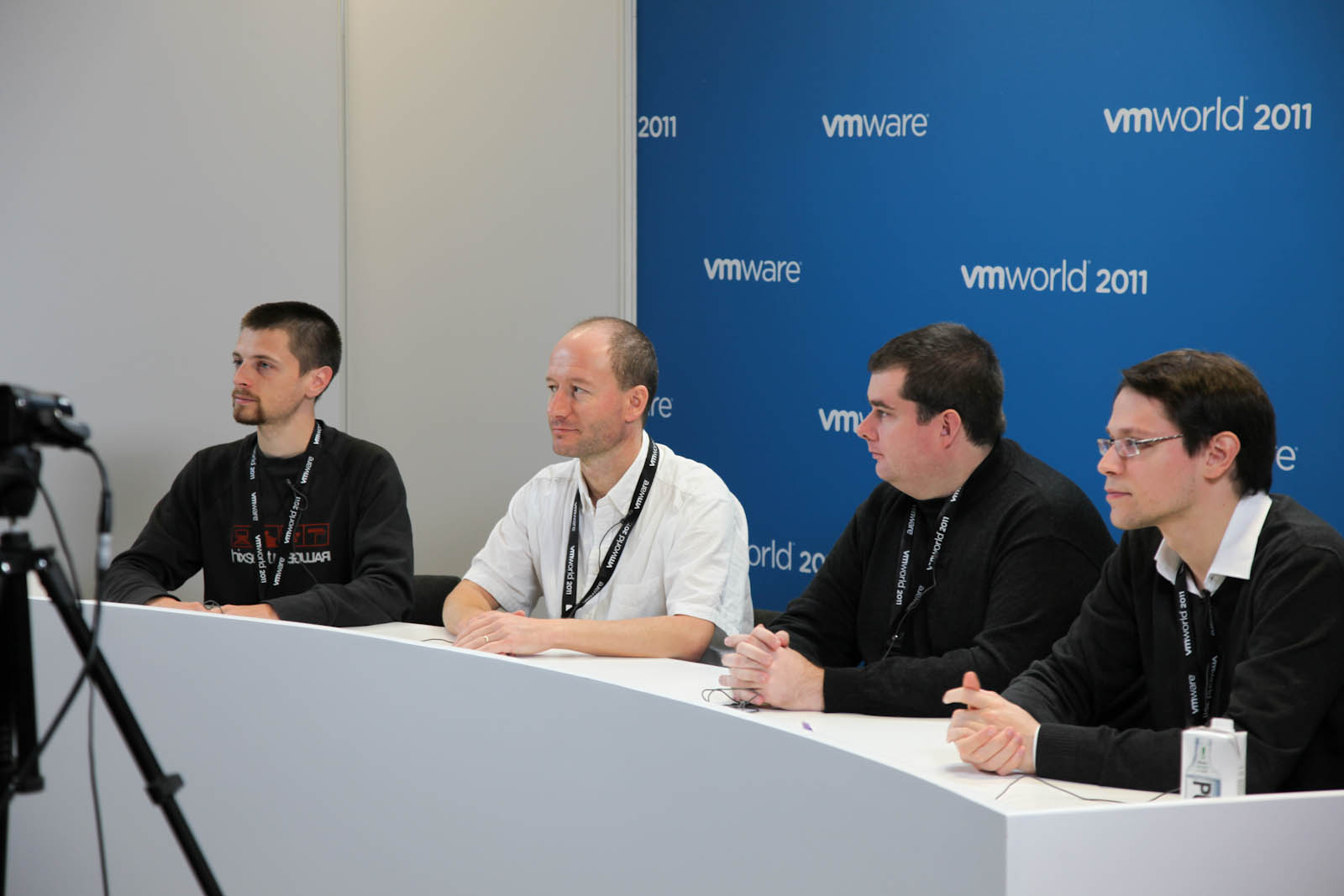 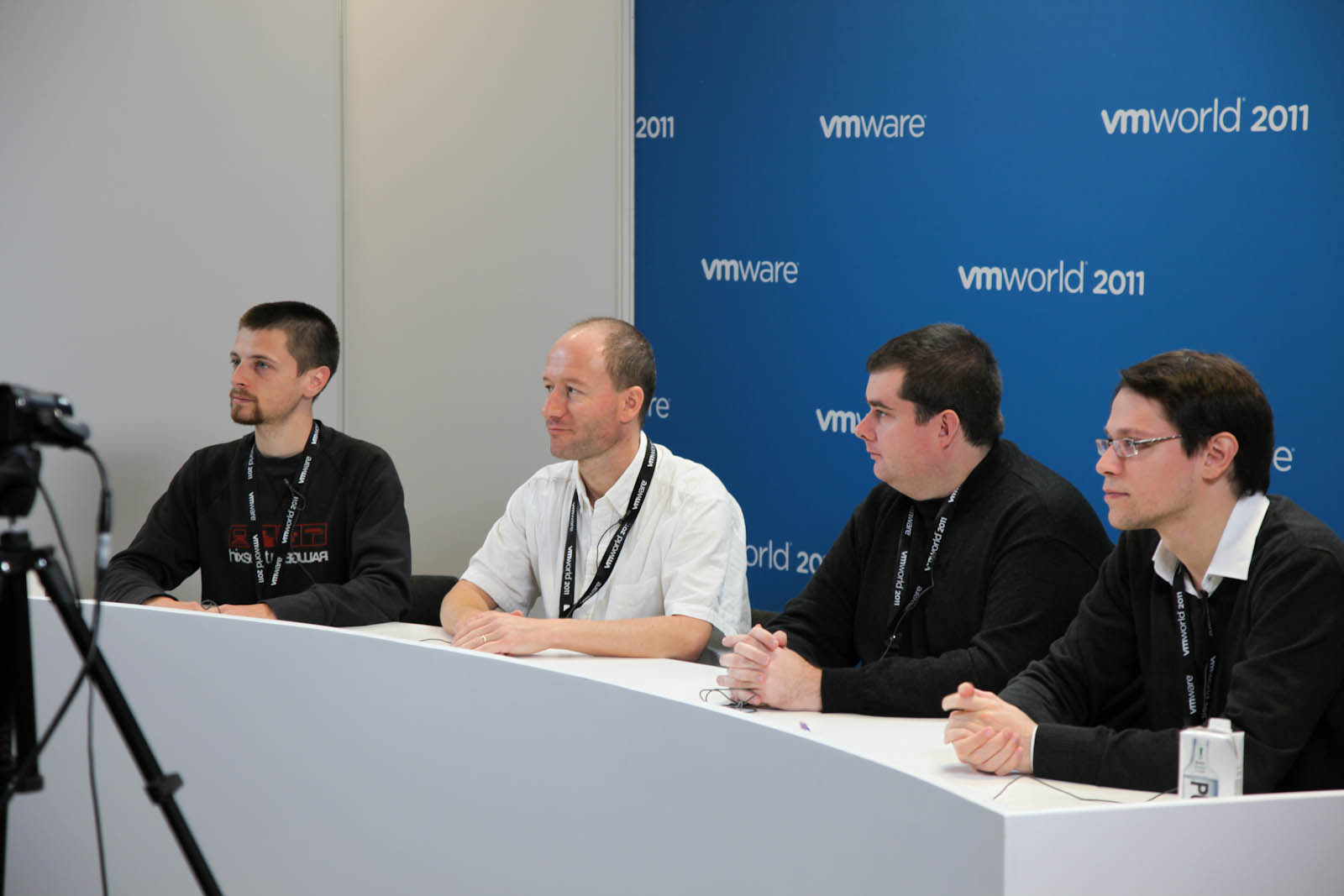 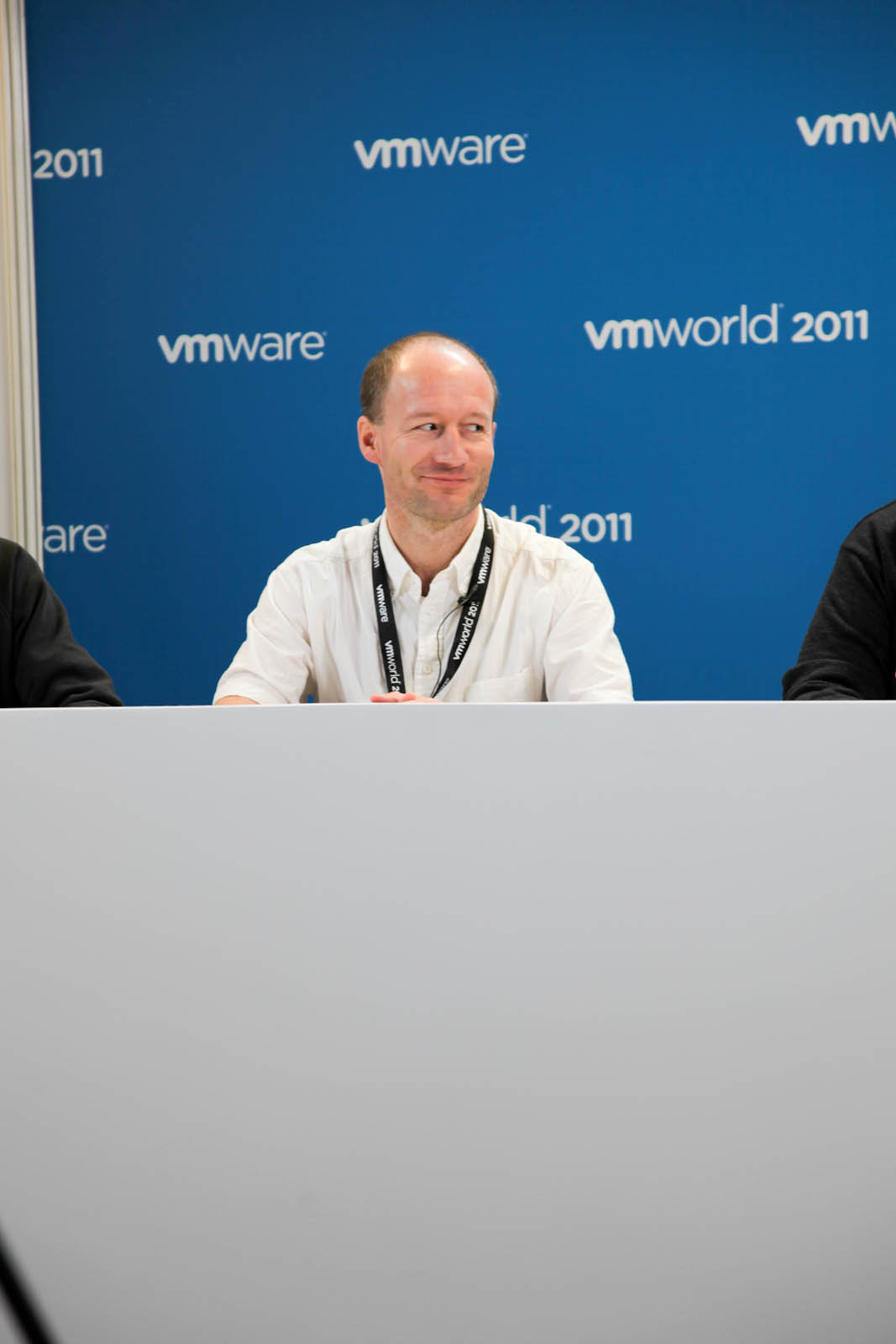 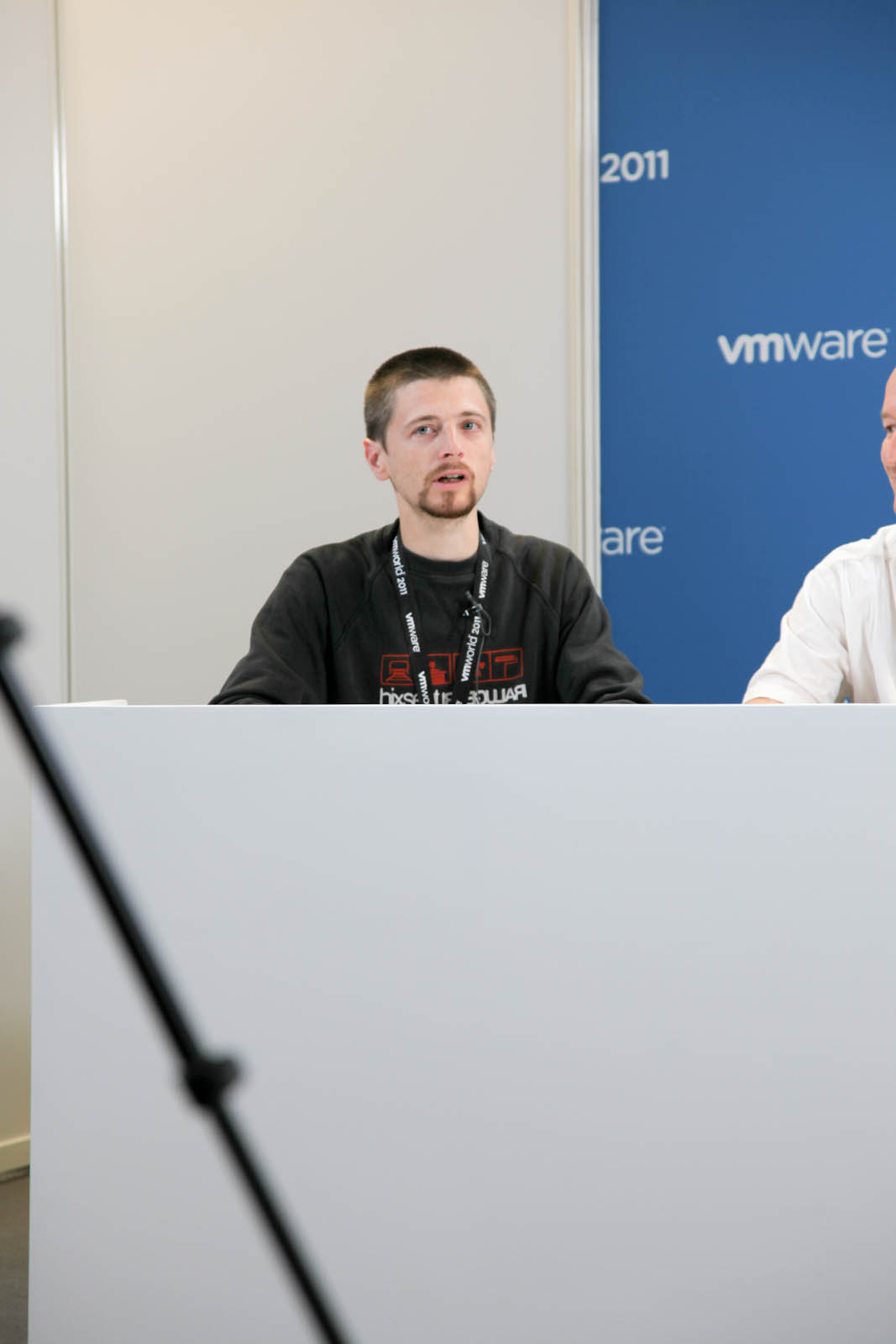 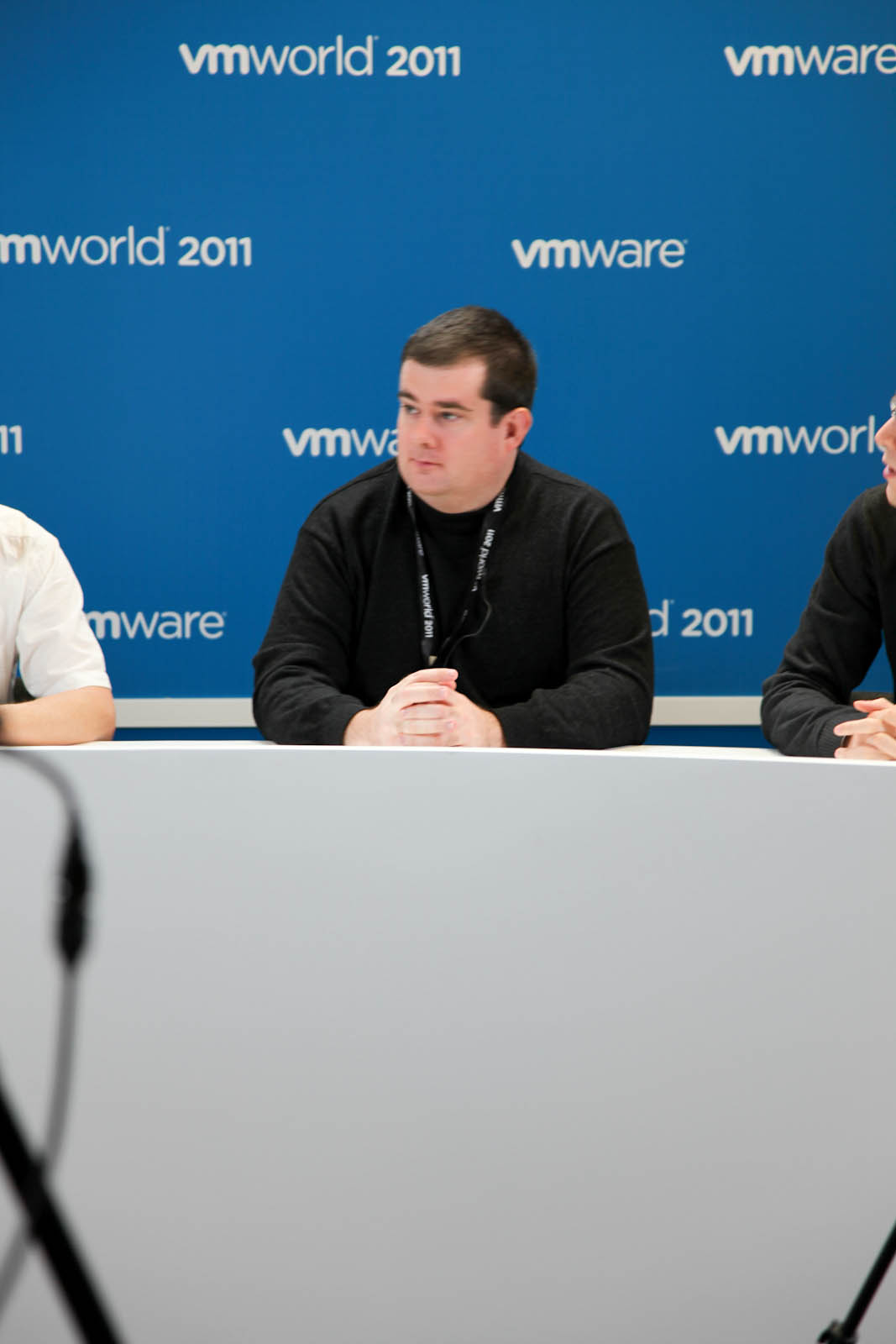 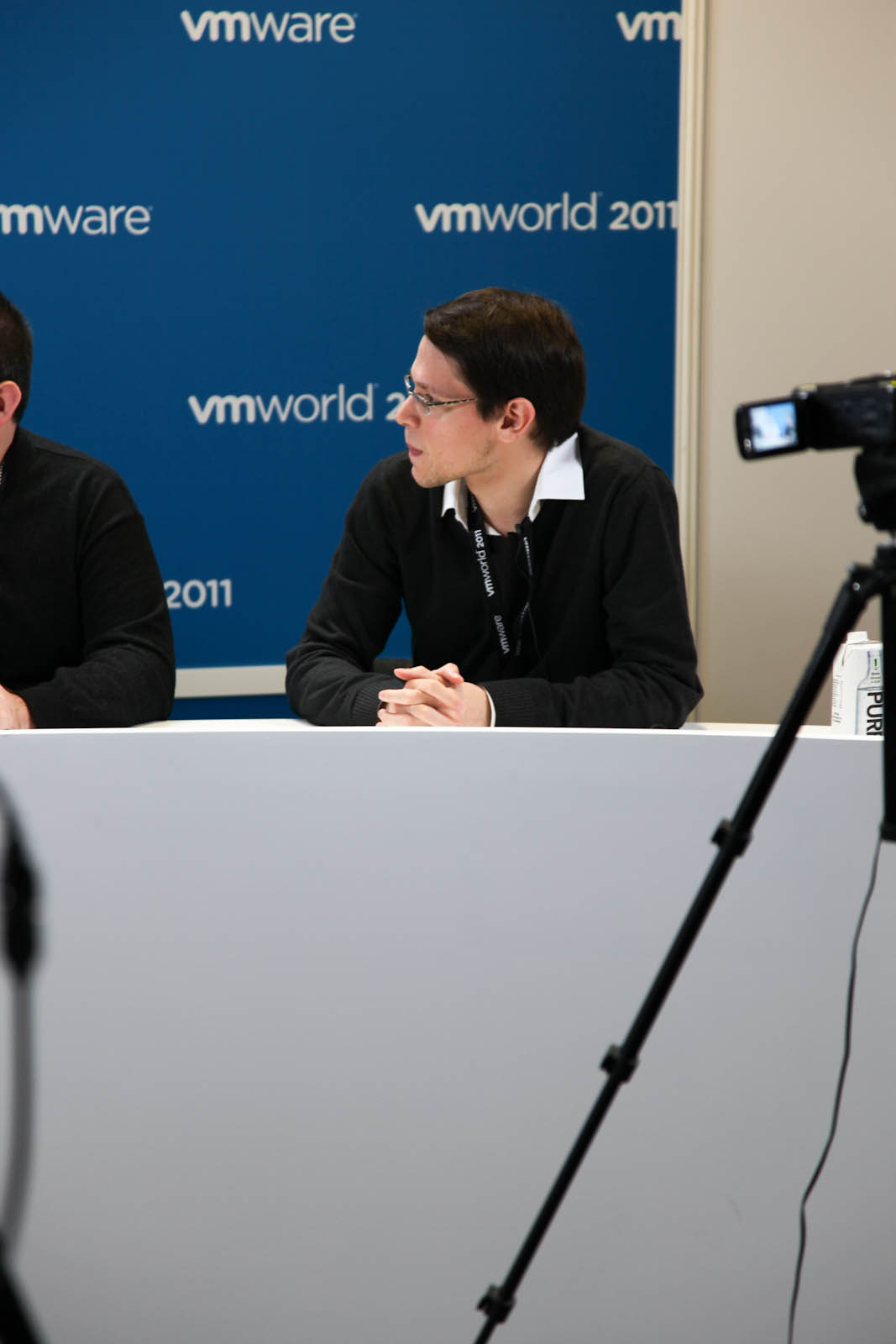 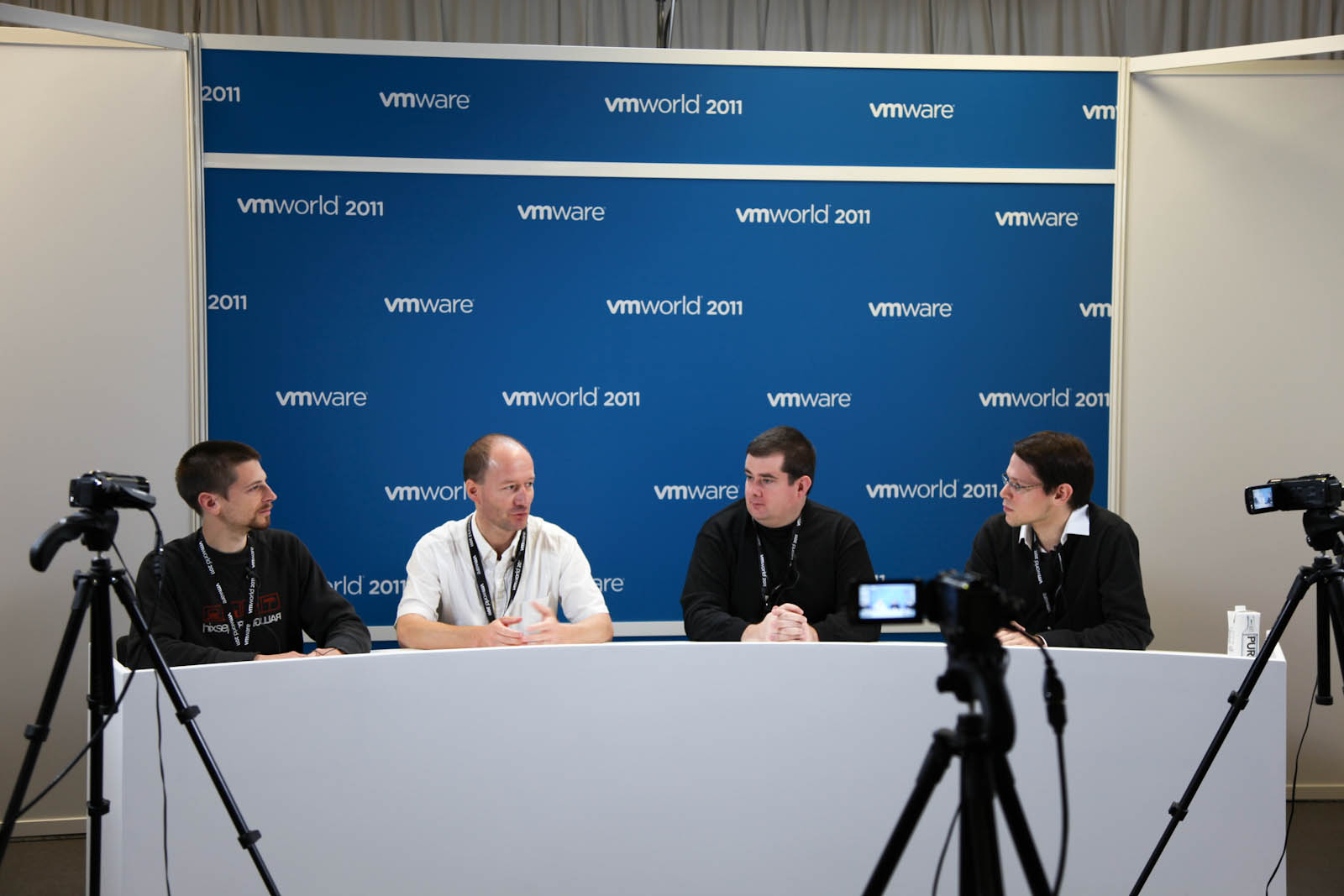 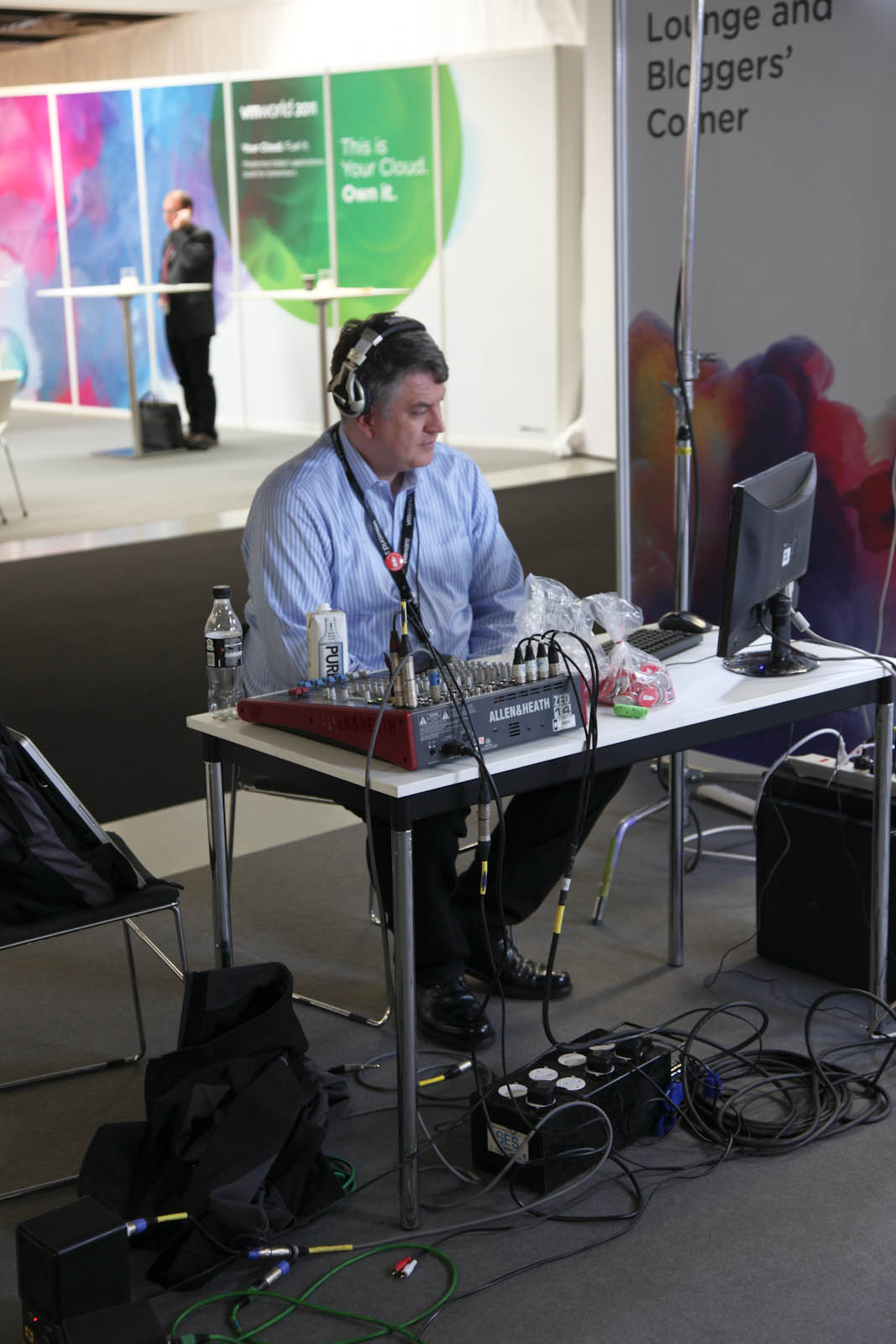 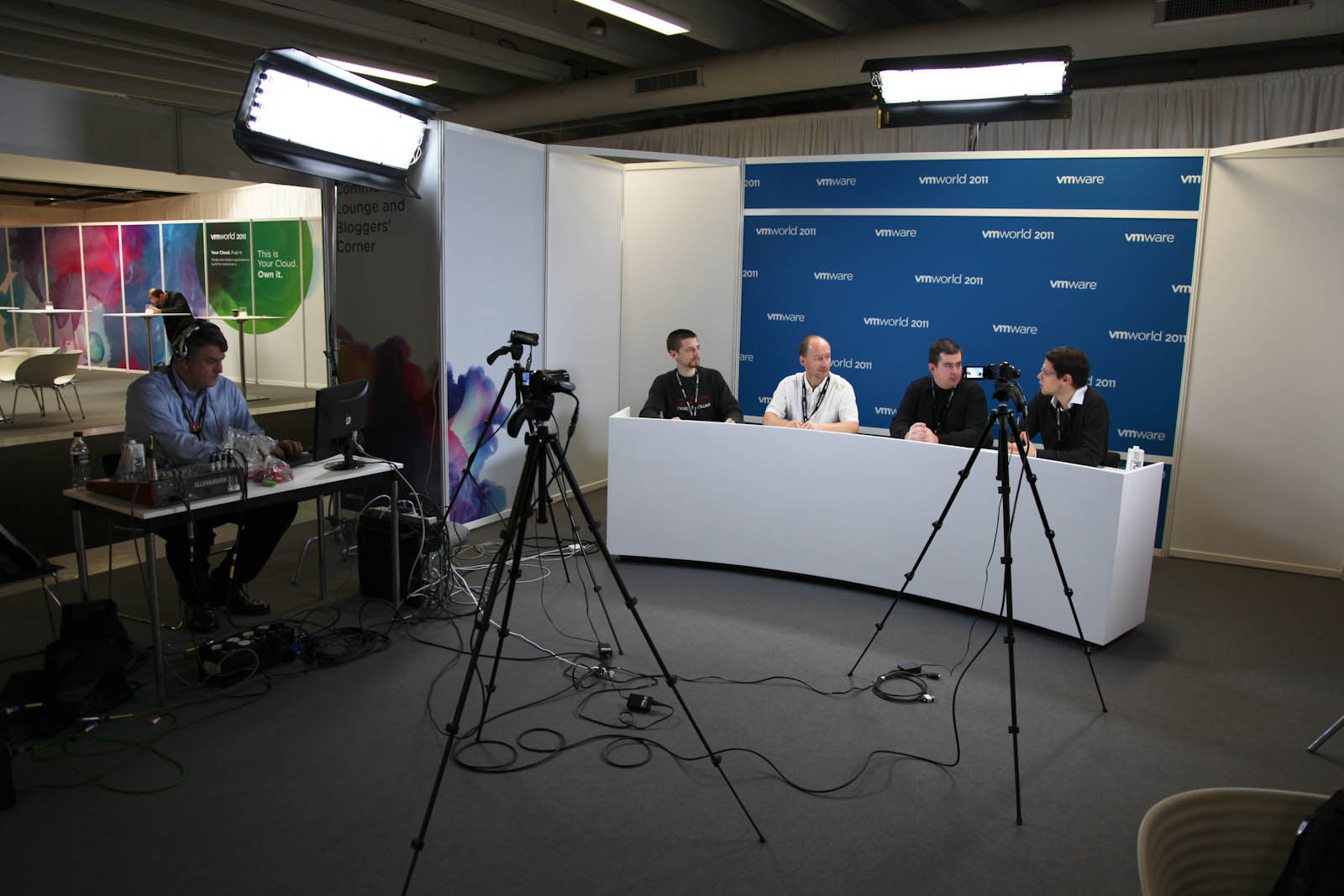 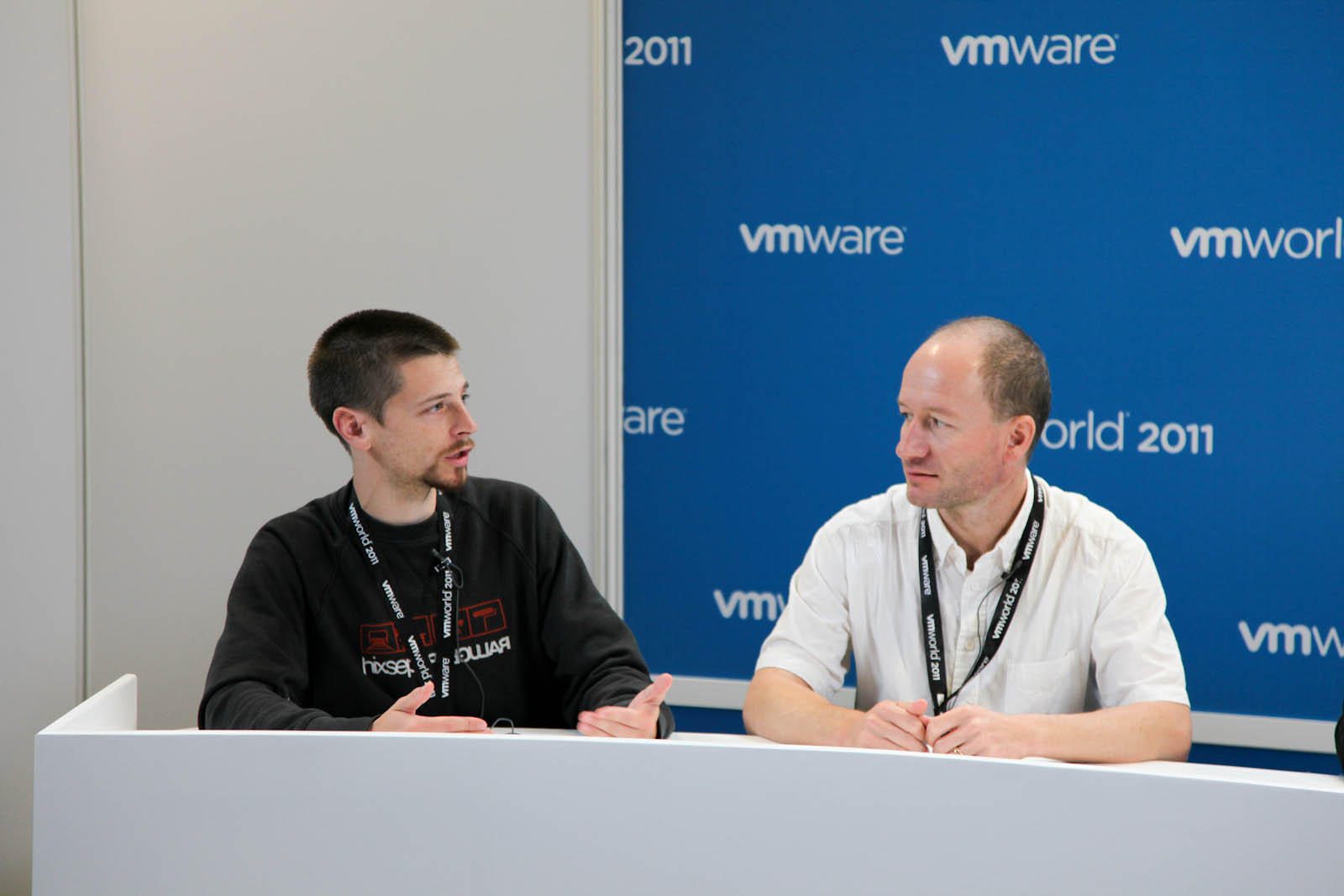 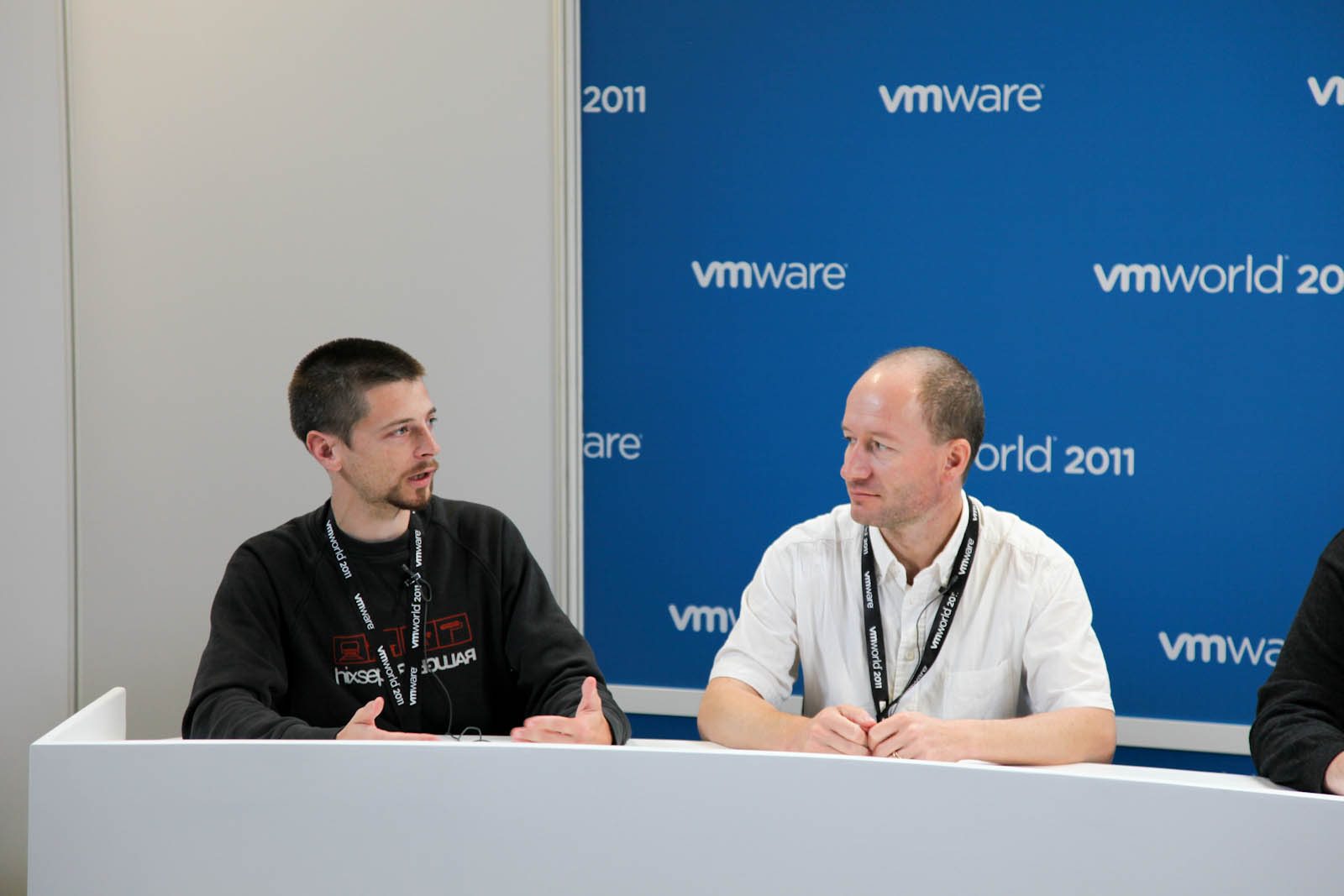 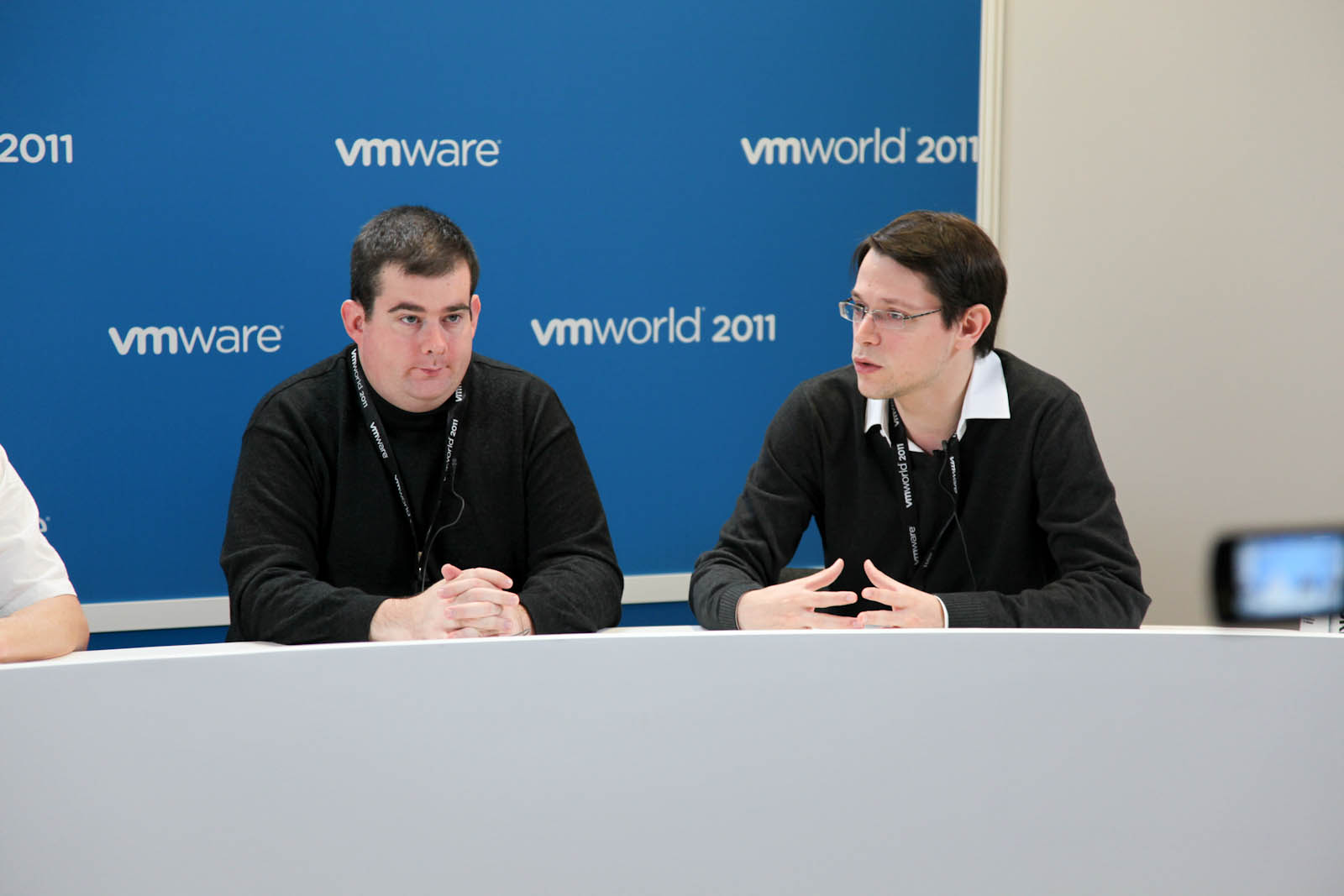 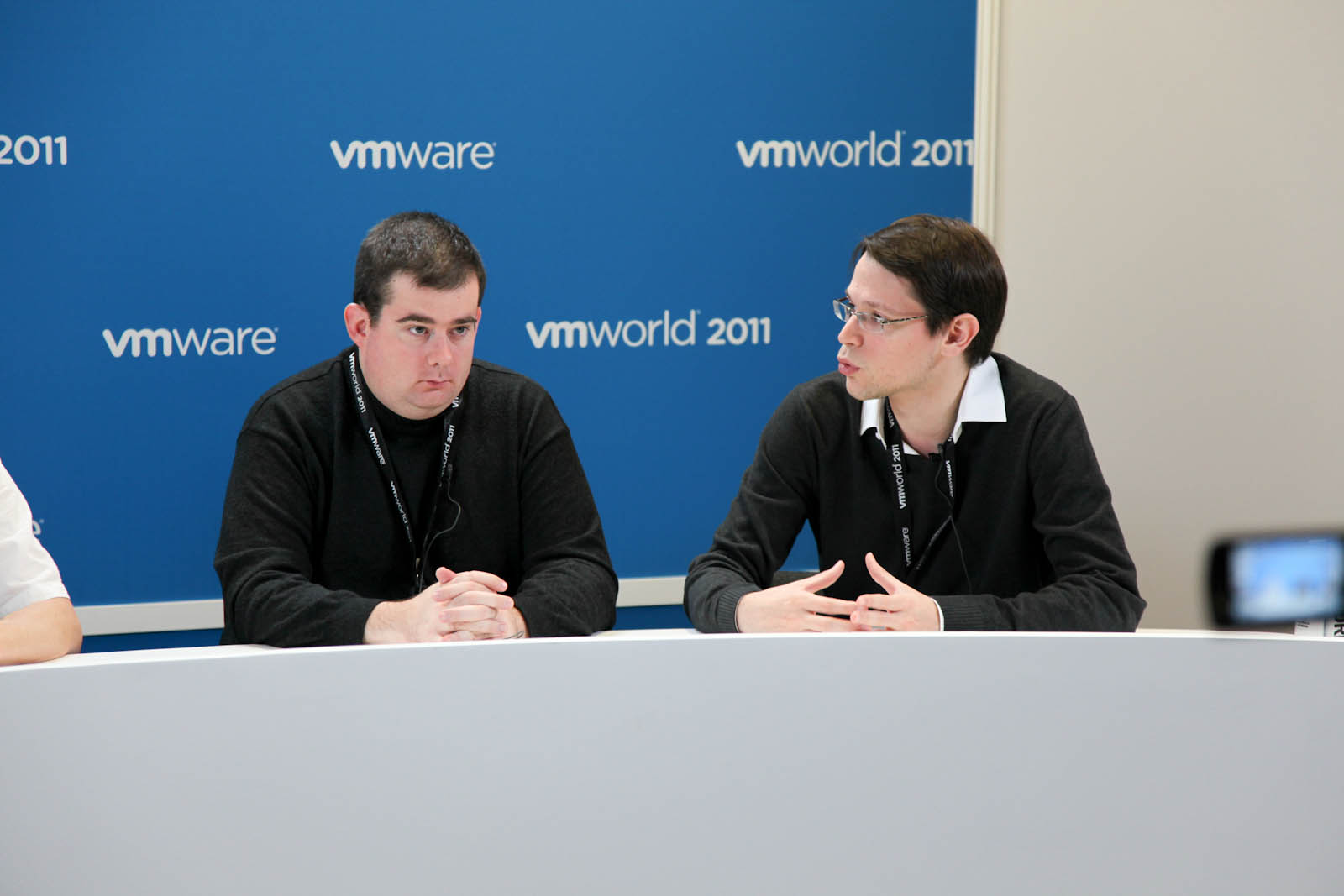 One small regret about VMworld 2011 was being too late and missed the opening reception, especially with the representation of the band Elastic Sky (aka, for those who do not know, the ES in ESX, VMware all-employee band)

Start your time at the conference with good food and good conversation. Catch up with colleagues, talk to technology partners, bump into Knowledge Experts and enjoy some down time with professionals in your field in the Solutions Exchange. Plus, don’t miss Elastic Sky in the Hang Space from 4:30pm - 5:30pm.