Update 2014/01/29: Raphaël published on the OneLiner depot a command to list all VM without snapshot and with delta VMDK (hidden snapshot) We came across an interesting issue recently with one ESXi 5.0 server being disconnected from vCenter: 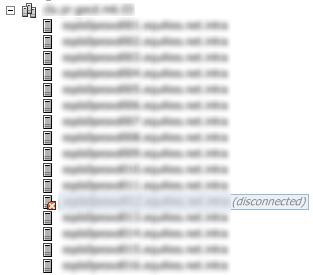 Although ESXi server was being disconnected from vCenter, there was no issue with virtual machines hosted on it, hopefully the issue wasn’t on some Hyper-V ParentVM, VM state would have been different :p Anyway, vCheck report showed a lot of weird errors regarding the troublesome server:

And any attempt to reconnect the ESXi server in the vCenter had fail with the same errors: 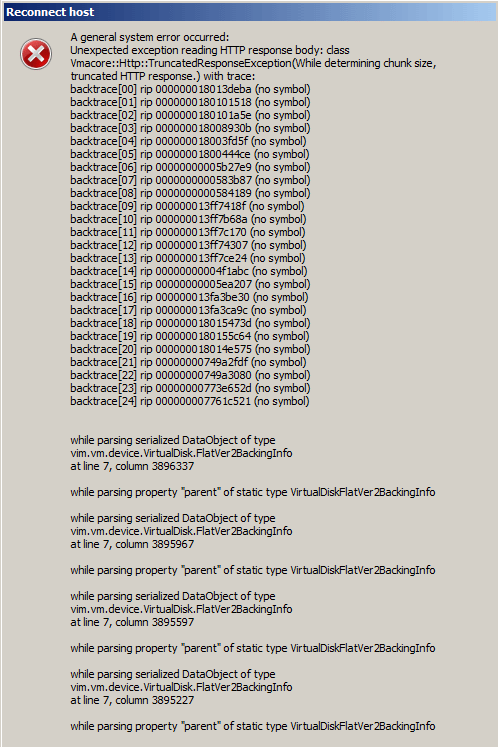 As this error made reference to VirtualDiskFlatVer2BackingInfo, we thought the issue can be related to some VMDK issue of one or more virtual machine. So we start to look into some VM’s folder in order to take a closer look and and we found some VM with no less than 230 snapshots (but vSphere console showed no one) ! 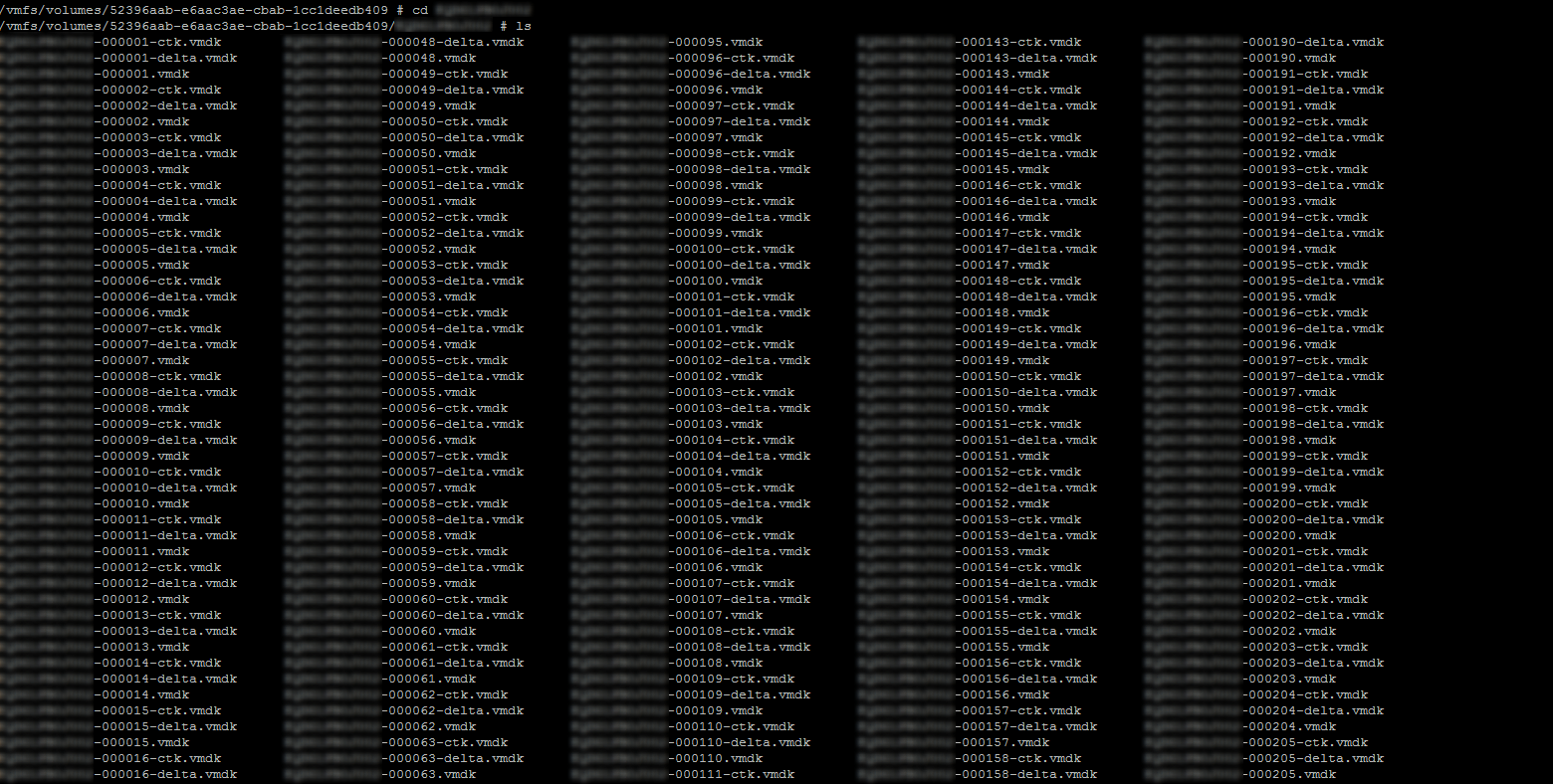 Finally, the issue seemed to be related again to NetBackup agent that, following some SAN issue, created endless snapshots files for backup and didn’t cleaned them up well (nice loop) ! In order to be able to reconnect the failed server to vCenter, we had to connect directly to ESXi server and run a Consolidate task for VM disk with this issue. After 5 very long hours waiting for consolidate task to be completed (we actually have been quite surprised guest hasn’t been more impacted), virtual machine retrieved regular disks without snapshot and we’re able to reconnect ESXi server with no issue anymore.

In the end, Erik Bussink quite well conclude with his answer on twitter: